Twenty years ago, when I was in the Peace Corps, the father of my wonderful Cameroonian host family suddenly died from a preventable and treatable diabetic coma. He left behind a devastated wife and six kids. I grieved with the family, frustrated by the fact that his untimely death was completely avoidable. Though it took me a while to get the degree and the job to back it up, that was when I became interested in health systems. Even then I knew that beyond just diabetes control, Cameroon needed a well-functioning health system — one that could arrange the money, the people, the medicine, and the services that could prevent such avoidable pain.

Nathan Blanchet is a health economist and international development leader with over 15 years of experience advancing public health and education in Africa, Eastern Europe and Asia through academic research, teaching and nonprofit program leadership. 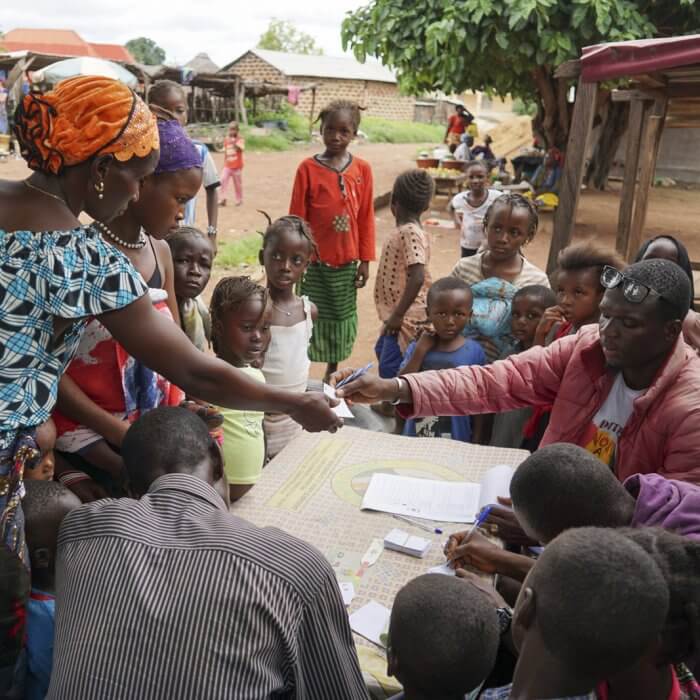 A global initiative to improve how health systems strengthening is done locally and globally.

Dr. Blanchet has written and taught qualitative and quantitative studies on health financing, human resources for health, and the political economy of health reform in low- and middle-income countries, with a focus on Ghana. He has also advised and managed teams that have supported government health system reformers in several African and Asian countries.

Before joining R4D, Dr. Blanchet served as a U.S. Presidential Management Fellow, leading the planning for and evaluation of USAID’s health programs in Eastern Europe and Central Asia. He also consulted for the World Bank’s Onchocerciasis Control Unit, the Inter-American Development Bank and the U.K.’s Department for International Development (DFID), and served as a U.S. Peace Corps teacher and trainer in Cameroon. As a Harvard doctoral student, he co-led an analysis of the political economy of health reform in Vermont that helped lead to successful passage of a major health reform bill by the state legislature.

Dr. Blanchet holds an appointment as a visiting scientist at Harvard University’s T.H Chan School of Public Health (HSPH), collaborating with HSPH faculty on research and delivering guest lectures on the political economy of health reform and the professional practice of global health.

Dr. Blanchet holds an ScD in global health and population from Harvard University’s T.H. Chan School of Public Health, an MA in international relations from Johns Hopkins University’s School of Advanced International Studies and a BA in political science and French from Miami University. He speaks English, French and Spanish.