[Editor’s Note: Muchiri Nyaggah, executive director for the Local Development Research Institute based in Nairobi, Kenya, recently joined Results for Development as a senior fellow. He’ll provide strategic guidance for R4D’s data for decision-making work, including work on the Primary Health Care Performance Initiative (PHCPI) and Data for Decisions in Nutrition (DataDENT), a Bill & Melinda Gates Foundation-funded initiative. Recently, Nathaniel Heller, executive vice president for integrated strategies, caught up with Muchiri to discuss his career in open data and what he’s excited to work on at R4D.]

Nathaniel: To start, can you tell me a little about how you ended up working in open data and open government? It may not be a very linear journey, but what were some of the surprising moments or turning points that led you to your current work?

Muchiri: It has been a winding journey. I was a software developer, building digital platforms in Nairobi in the 1990s. In the mid-2000s, I started working on performance dashboards, understanding how they were going to be used by management to make decisions. Dashboards are all part of the private sector, they’ve been using them for eons.

I also began to explore the potential of social media in the context of broader web strategies at Semacraft Consulting Partners, a multidisciplinary practice I founded to help orgranizations improve their chances of success for bringing new products or business into the African market. We caught the attention of a couple of people working in the market entry consulting space, trying to understand how to reduce the chances of failure for new innovations coming into the African market.

In 2011, I met Jay Bhalla, founder of the Open Institute, an NGO in Kenya focused on open government and the effective and sustainable use of data and technology in Africa. Around that same time, I was very active in the information and communication technology (ICT) space in the country, looking at some of the policy issues. I did some work aimed at improving a digital villages program run by the Ministry of Information (through the ICT Board).

In 2012, the ICT Board and the World Bank were struggling to figure out why people weren’t using the open government data that was available. Jay told me about the Code for Kenya fellowship — one of its objectives was to catalyze demand through civic technology to boost active citizenry and evidence-based public discourse.

So, I decided to take the risk and switch from the private sector to development. After that, I worked with Code for Kenya as a fellow, then as a deputy director at Open Institute, and the rest is history.

Nathaniel: That’s super interesting. Especially how you arrived at some sweat equity around issues of dashboards and data and user research from a very private sector, commercial perspective. Not that it’s better or worse, it’s just a different way of looking at the same problems. Can you give us a sense of the work you’re doing now with Local Development Research Institute? How is it different and/or complementary to other actors in the space, or in Kenya?

Muchiri: The idea behind Open Institute’s work was to open up government and government functions, and make them more user friendly for the public. But there’s some reluctance to do this because it shines a light on the problems inside the government. 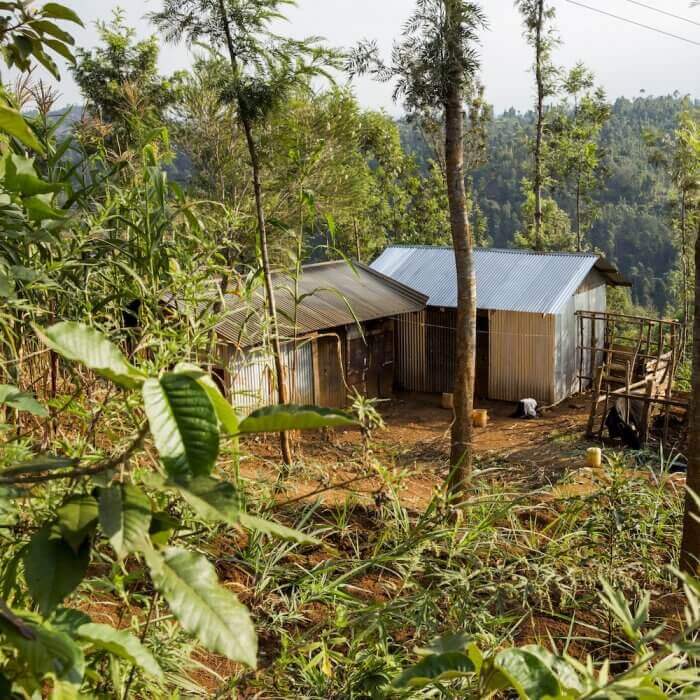 Nathaniel Heller discusses R4D's user-centric approach to data for decision-making in this Vizzuality interview on Medium.

In 2015, Steve Nyumba and I founded Local Development Research Institute. Its mission is to support African Union member states in their efforts to end hunger, poverty and reduce inequality. We believe improving the state of data for development in Africa and bringing a whole-of-government approach to policy formulation, implementation and review will improve Africa’s chances of success. Through our data for development practice, we focus on data access, data availability and analysis, and looking at the capacity of the state to access and use the data it needs to get its job done. We focus on the national level and work with the African Union Commission, the New Partnership for Africa’s Development and the Economic Commission for Africa. They tend to be the custodians of the big development frameworks that member states are working on.

We found the place where we could add the most value was in agriculture. The intersections between agriculture and gender equality, wealth creation, resilience, food security and nutrition just made a lot of sense to us. That’s how we got to where we are. We started working with champions in government to bring data more to the center of the conversation. In Kenya, because we have some access, we’re able to test our thinking in a live environment. That has shown that we are on the right track.

There are a lot of good policy briefs and research out there. But most fail to move from paper to action. We felt our big strength was in reorienting the conversation a little bit to add the data. We just picked up the data everyone was already producing and helped to move it along on the paper to practice journey. We’ve also been working to build the capacity of infomediaries so that they can tell their stories in a more connected way.

We worked with people who were already working in the space and who understand the issues and who have a complementary approach, and we collaborate.

Nathaniel: That’s helpful. It resonates with where we’ve been trying to take R4D as an institution, in terms of working collaboratively with and supporting local partners to move from research and evidence to action.

Muchiri: It’s challenging. A donor will often provide a specific window of time to do specific work with specific outputs. Many times, the outputs make it out the door just in time. But getting something out the door is just the beginning.

If you’re trying to suggest a change in how government functions, churning out a policy brief is the easy part. Getting it adopted is inherently a political process. It’s not technical. Technical stuff is getting the document out. Getting it adopted takes a long time. We have policy frameworks that make their way slowly through the public sector, some of them for five or six years.

At LDRI, we have the patience to pick up the slack where partners are concerned. But we have to fundraise and figure out how to keep our lights on when we are trying to move something that is highly political through the public sector.

Nathaniel: Those are great points. We all struggle with it, but there are constraints in development in being locked into artificial deadlines. You take three steps forward and three steps back, and none of that matches up with how funding flows. We need more core funding.

Can you tell us a bit about the work you’ll be doing for R4D?

Muchiri: I’ll be advising on DataDENT, which is very interesting to me. It’s a new initiative focused on supporting data-driven decisions to tackle malnutrition. I’m excited to be part of this program in its early stages, as it’s still forming.

The Primary Health Care Performance Initiative (PHCPI), on the other hand, is more established and its well connected to the other initiatives around primary health care. The initiative aims to catalyze improvements in primary health care in low- and middle-income countries through better measurement and knowledge-sharing. There are a lot of key learnings from PHCPI we can leverage for DataDENT, as DataDENT is still forming and coming together.

I’m looking forward to working with PHCPI on country adoption, how data get used by those working in primary care and having those conversations about how to use outputs from the dashboards and move data forward in an advocacy agenda.

I’m always focused on utility. Whatever it is you hold in your hand has a job to do. If it doesn’t do its job, then it gets fired. How do we make sure that whatever it is we’re building does what we want it to do? How do we move from dashboards to framework to policy?

Nathaniel: Muchiri’s outlook on the ways in which data can accelerate development outcomes tracks with R4D’s: ambitious and aspirational yet practical and clear-eyed. We want to find real problems facing change agents in low and middle-income countries and, if data are a part of those problems, take a user-centric approach to blending online and offline strategies to solve those challenges.